The DPE100 absorbs abnormal levels of EMF from the environment, protecting your home from 5G and severe weather.

Why do you and your family need protection from 5G radiation?

When 5G is fully rolled out, it will be the first time ever that a powerful, weapons-grade, military-style electromagnetic signal has been unleashed for domestic use, albeit with far more sinister intent than just giving you higher speed Internet access. Here is one of many articles and one of many videos on this. And it will be absolutely everywhere, including from satellites. 5G’s radiation is a much higher and hence potentially more damaging frequency than 4G, which is already impacting many people. This will have dire health consequences for many people. Don’t let that include you or your loved ones.

Are you worried about your family’s risk of injury and loss from extreme weather events?

There is no question that these extreme events are increasing in both frequency and severity, and are starting to occur in many locations where they have not previously been encountered. Here is an example. You can do something about this – and you don’t have to move!

Does your home have a smart meter, or do you live near high-voltage transmission towers?

There is no question that wherever we live – especially in a digitally-connected urban environment – we are already subject to unhealthy levels of radiation in our daily lives – and it is being ramped up. It may be hard to know just what harmful effects this is having on ourselves and our kids until it’s too late.

The Advanced Technology DPE100 EMF Neutraliser can protect you and your family from all of these dangers.

This video introduces the DPE technology and its benefits, along with evidence demonstrating its effects.


The extraordinary DPE100 absorbs abnormal levels of EMF from the environment. What this means is that interference from such things as the emerging 5G networks, smart electricity meters and overhead or underground powerlines can be prevented from interfering with you and your loved ones. Just as importantly, it prevents extreme weather events from occurring within a 1km radius of the DPE100, whether they be hurricanes or sudden torrential downpours or hailstorms with golf ball sized hail and larger, which have been growing in frequency and severity around the world. Here is an example of a flash flood in Spain in September 2019, in which 5 people died. The DPE100 may even prevent earthquakes, since these are triggered by EMF, primarily from the sun.

Beyond this, when sufficient of these devices have been deployed, they will act in concert to protect the planet from the impact of the rapidly declining magnetic field and other extreme events that lie in our short-term future. The DPE in the name means Defence of Planet Earth.


The DPE100 creates a protected zone of more than 2km radius and several hundred km high, so it protects a small community. There is also the DPE Shield, which protects an area 100km in radius, which is suitable for a farm, a factory site or a rural community.

Davide, 54, lives in Sardinia (Italy) and works as a building contractor, and is highly educated. For 25 years he has been suffering from uncontrolled tremors and sweats that disrupt his sleep and he has had difficulty concentrating at work. He spent large sums of money on medical and neurological therapies without success, and his condition has become more aggravated over time.

The inventor of the DPE100 immediately understood that the cause of the problem was electromagnetic pollution; in fact, the inventor has been living in the same area for 35 years. This pollution is caused by stray electromagnetic currents combined with geopathies.

After the installation of the DPE100, a drastic reduction in electromagnetic pollution values was noted and this was confirmed when Davide said that he had slept beautifully and without tremors for the first time for years.

Two children from Veneto (Italy) were displaying classic radiation burns with detachment of significant skin portions, as well as severe pain, insomnia, etc. The parents had taken them to the best specialist doctors throughout Europe without finding a solution.

After great hardship, they happened to meet the inventor of the DPE100, who immediately explained that the children were being burned by radiation exposure and that with a portable version of the DPE100 with special ground connections, it could immediately solve the problem. Indeed, within 3 days the boys had returned to normal.

Needless to say, the parents were skeptical at first because they did not know there were high-voltage electrical cables running under their house, but the they were overwhelmed from seeing their children completely healed. Their gratitude was truly profound.

Unconfirmed effects: Within 1-2m of the DPE100 EMF Neutraliser, it is healing and regenerating the DNA destroyed by electromagnetic radiation, and from 2–350m, it creates a sense of well-being.

For the DPE Shield the healing zone expands to the range 1m – 1km and from 2m – 10 km it creates well-being.

This is still being tested but there are witnesses confirming it.

Testimony of Claudio L. in the Lombardy region (Italy).

On 11 June 2019, a hailstorm with 4 cm diameter hail caused considerable damage in the villages near Lucca, except in the area where a DPE100 was installed, where only rain fell. A witness was amazed to see the circular protected area of more than 1 km radius from the DPE100, outside of which large hailstones fell, causing damage to the entire area outside it. 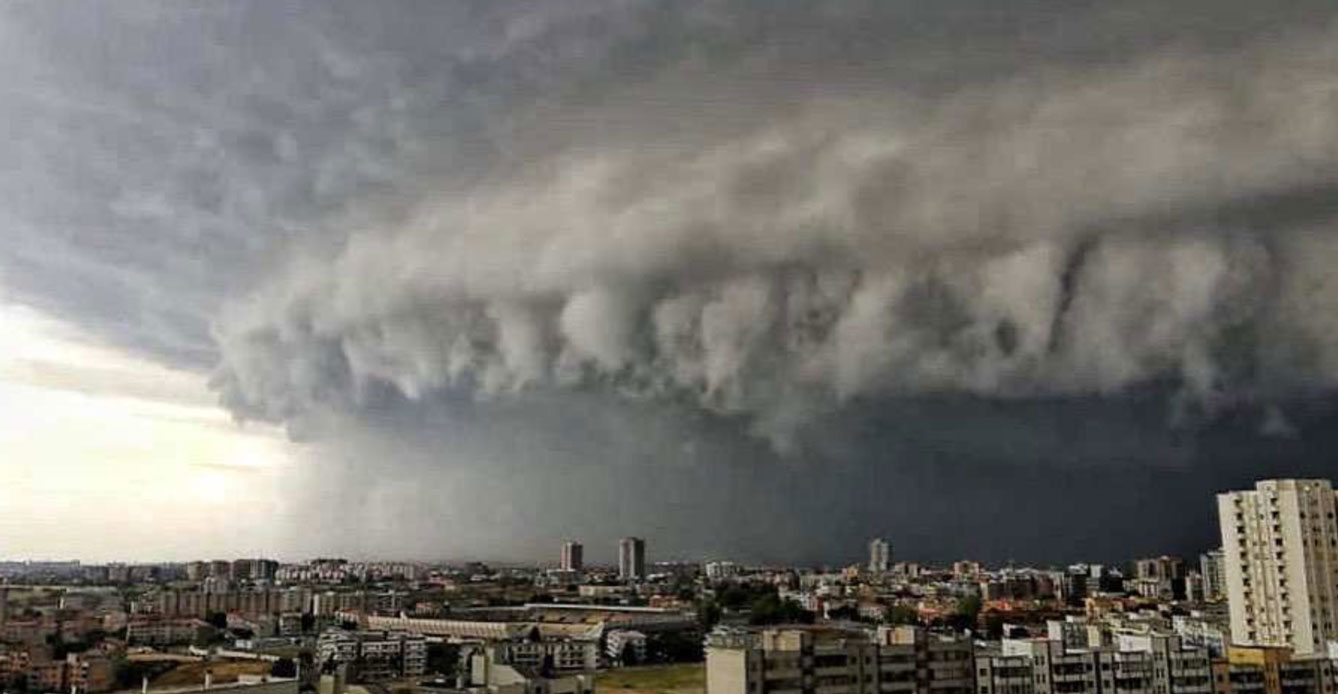 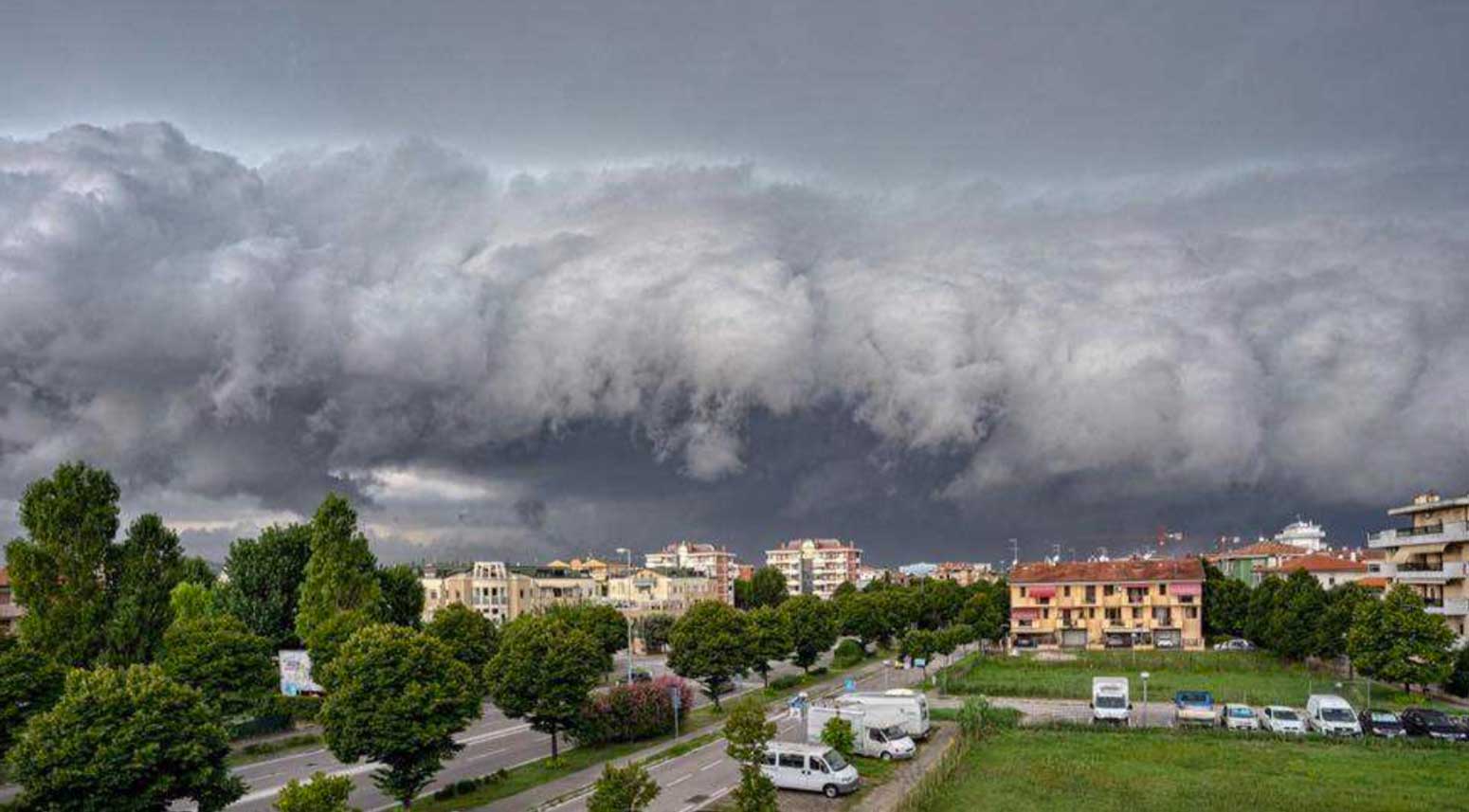 This shows a similar powerful cloud formation on August 2, 2019, with a DPE100 installed and no hurricane was able to form.

On September 8, 2019, severe hail and other storms were forecast for around Bari in Southern Italy. This video shows a cloudburst in Foggia, Italy, that day.

This article discusses this event.

A DPE Shield, which protects an area of 100km radius, was installed near Bari. 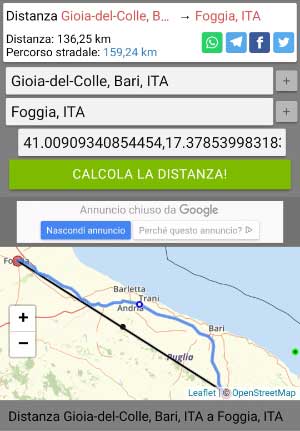 The area for 100km around the device experienced normal rain, not the forecast violent storms.

The DPE devices have been confirmed to clear nuclear radiation. This was demonstrated in Southern Italy after the nuclear bomb in Beirut in early August, 2020. The radiation spike was recorded in Sicily shortly thereafter, confirming the nuclear event. The radiation was shown to be cleared by the unusual lightning at the site of the DPE and the prevention of downstream radiation at other European monitoring stations. See this document for details.

As the DPE100 protects an area of more than 2km radius, several neighbours can share the cost.

On a planetary level, we are told that sufficient of these need to be deployed across the planet to help it recover from the deforestation humanity has inflicted, and also the threat represented by the rapidly declining magnetic field. There is growing evidence that unless we address this issue, humanity’s time on Earth may be limited.

There is also evidence that the oxygen levels have been significantly impacted by the deforestation, creating stress for humanity and other animals. As part of the plan to address this, the Advanced Technology 7 team plan to donate some of the income they receive from each DPE100 EMF Neutraliser for the planting of Paulownia trees. I quote: “We plan to create a Foundation that will be called “SAVE MY EARTH” that will donate 10 Paulownia trees for each DPE100 sold, using a portion of sales income. We have chosen this type of tree because it is fast growing, has broad leaves and is able to produce 3 times the amount of oxygen compared to a normal tree. We will make a bank transfer to a nurseryman local to the customer. The end costumer will receive a ticket and can collect the 10 Paulownia trees and plant them in a place of their choice. It is not important that it be near the DPE100.”

A number of people have mentioned the existence of various portable devices or clothing to protect from 5G and other interference. This document discusses the context of the DPE100 EMF Neutraliser and some of the testing done to demonstrate the effectiveness of the device. The testing shown illustrates that the DPE100 EMF Neutraliser is absorbing energies within the measured spectrum at a rate of over 8MW!!! In reality, it will also be absorbing energies beyond the measured range. Unless a device is properly grounded, it cannot hope to deal with these energies and may actually be increasing the health risk to the person.

I mentioned that the area covered by the DPE100 EMF Neutraliser is more than 2km in radius. This means you can share the cost with like-minded neighbours, and it can cover an entire apartment block or group of condominiums, perhaps being installed by the Owners’ Corporation or Community Association for the benefit of all of the residents.

The following outlines the benefits arising from the deployment of the DPE100 EMF Neutraliser:

FOR HUMAN AND ANIMAL BEINGS

Click on this link for more detailed information on the DPE100 EMF Neutraliser.

Installation: The DPE100 is shaped like a round fence post, though a little longer, and can usually be installed with a standard post hole digger with an extension for deeper holes, which is usually available for hire with the device. The DPE100 is standalone and is not connected to electricity or any other service.

This video shows you how to install your DPE100.

There are no reviews yet.

Be the first to review “Advanced Technology 7 DPE100 EMF Neutraliser” Cancel reply
We use cookies on our site to guarantee you the best browsing experience by storing your preferences for subsequent visits. By clicking on ACCEPT, you allow the use of all cookies.
Cookie SettingsAccept
Read More
Manage consent

This website uses cookies to improve your experience while you navigate through the website. Out of these, the cookies that are categorized as necessary are stored on your browser as they are essential for the working of basic functionalities of the website. We also use third-party cookies that help us analyze and understand how you use this website. These cookies will be stored in your browser only with your consent. You also have the option to opt-out of these cookies. But opting out of some of these cookies may affect your browsing experience.
Necessary Always Enabled
Necessary cookies are absolutely essential for the website to function properly. These cookies ensure basic functionalities and security features of the website, anonymously.
Functional
Functional cookies help to perform certain functionalities like sharing the content of the website on social media platforms, collect feedbacks, and other third-party features.
Performance
Performance cookies are used to understand and analyze the key performance indexes of the website which helps in delivering a better user experience for the visitors.
Analytics
Analytical cookies are used to understand how visitors interact with the website. These cookies help provide information on metrics the number of visitors, bounce rate, traffic source, etc.
Advertisement
Advertisement cookies are used to provide visitors with relevant ads and marketing campaigns. These cookies track visitors across websites and collect information to provide customized ads.
Others
Other uncategorized cookies are those that are being analyzed and have not been classified into a category as yet.
SAVE & ACCEPT